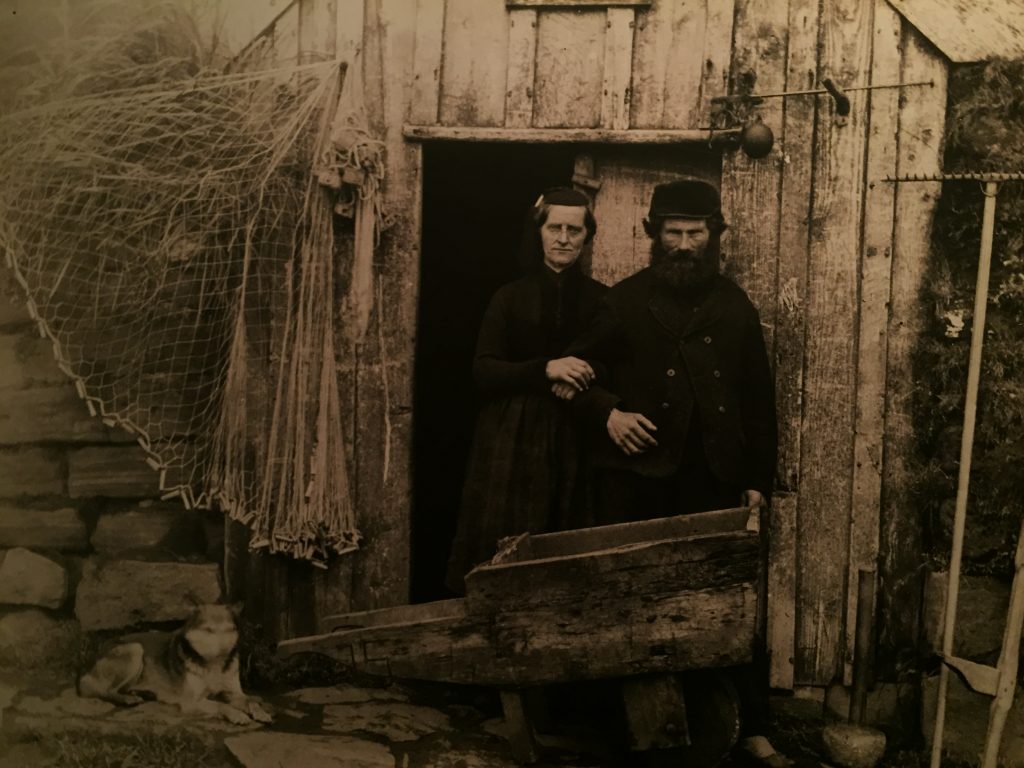 Iceland’s original immigrant song may have been the poems composed by the helmsmen and women of the open rowboats, to aid them in remembering choice fishing spots. The first immigrants to Iceland were Norse, who arrived in the ninth century. They came primarily for the arable land, which was increasingly unavailable in Scandinavia.

Ranching and hay farming to feed the livestock became the main activities. Most landowners fished seasonally, to supplement their food supply. 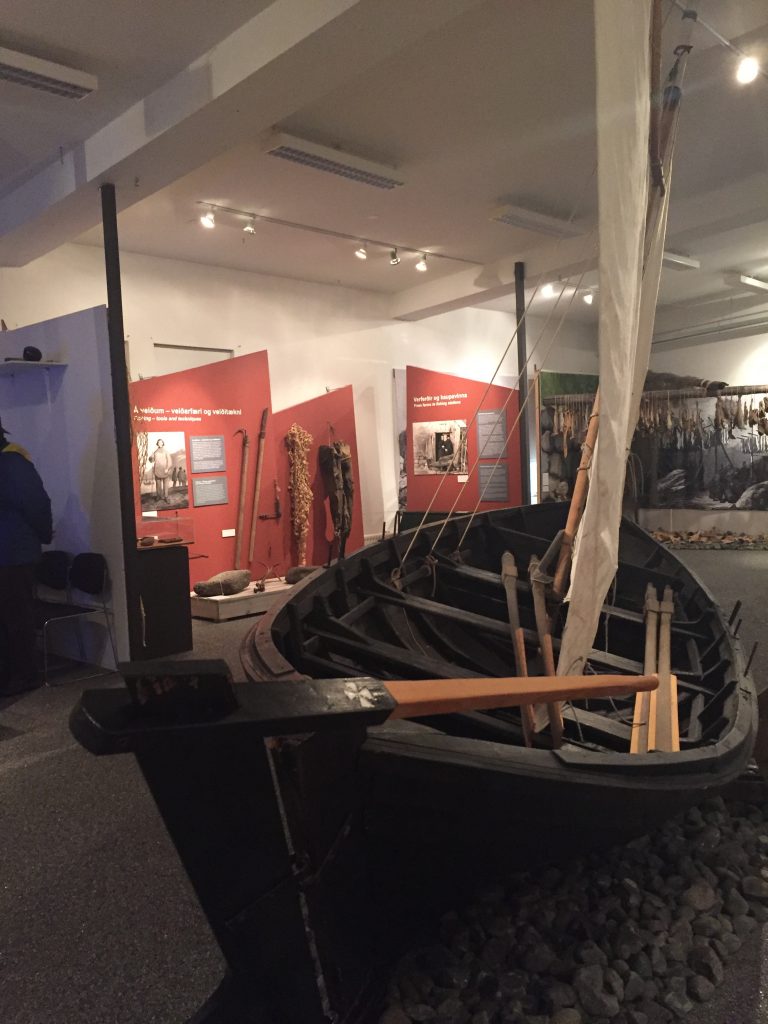 For 500 years or so, Icelandic shipwrights built their open boats with driftwood. After the 15th century they used imported oak, spruce, and pine. According to the museum’s display, it took two men about six weeks, on average, to build a six-oar boat.

From the 900s until the late 1800’s Icelanders fished in open row boats crewed by family members and hired hands.

Only landowners could own fishing boats. Often the landowners’ sons, daughters, and wives rowed the boat and strung the lines. They made anchors and line-sinkers from lava rock — buoys and floats from driftwood. 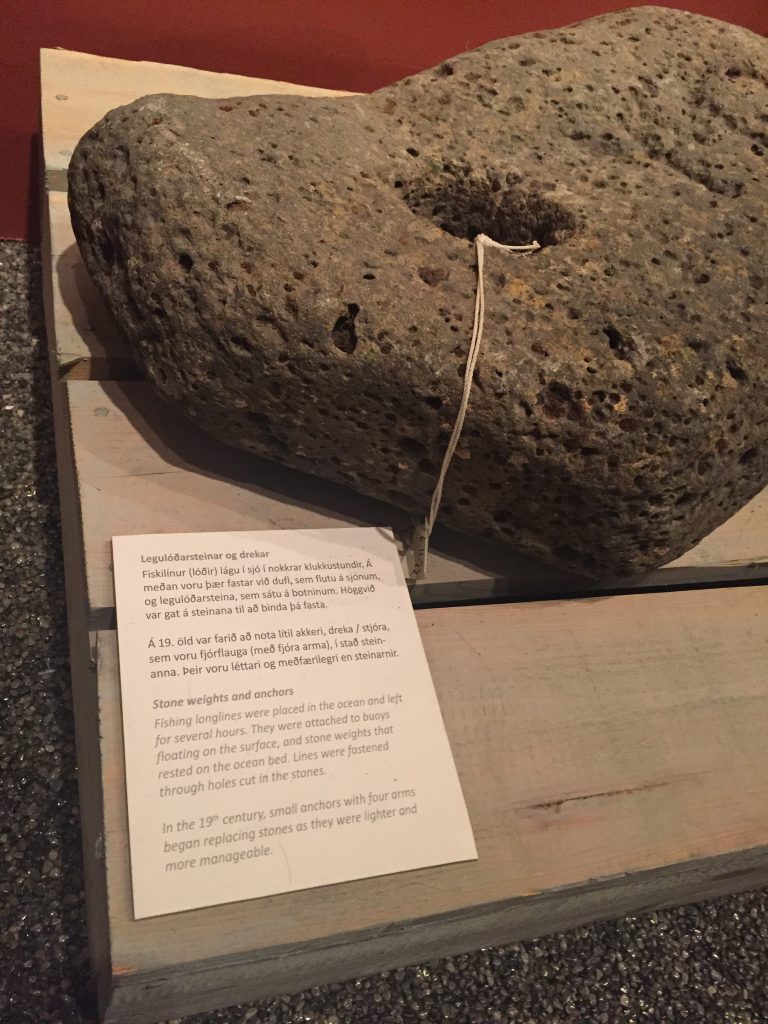 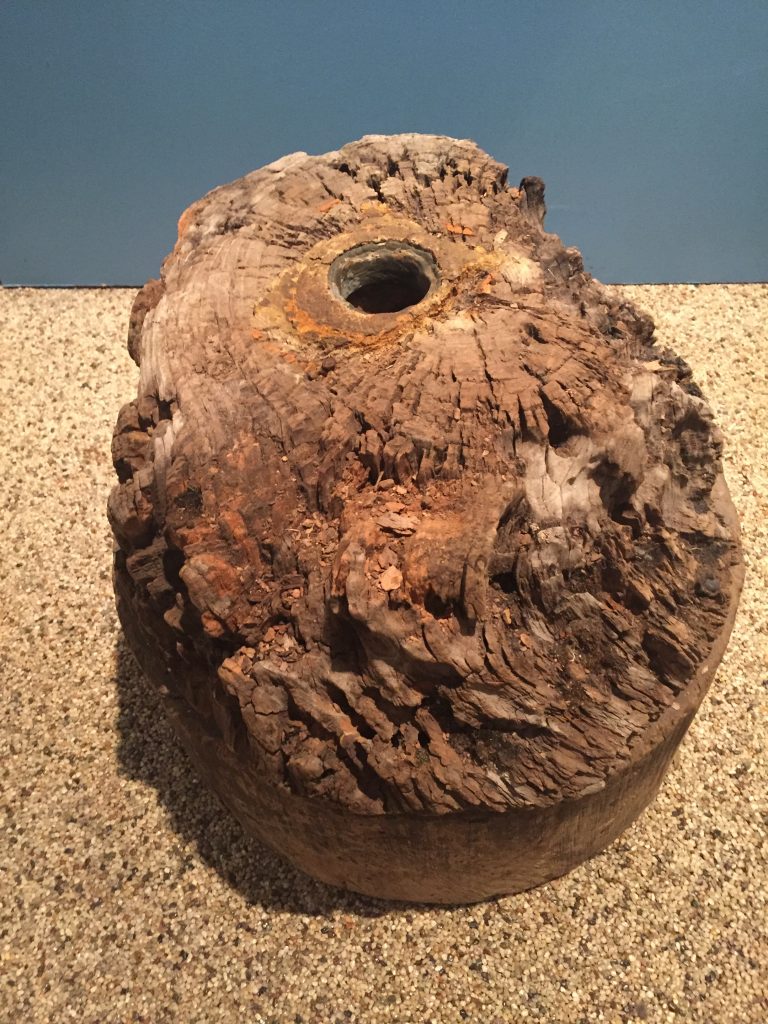 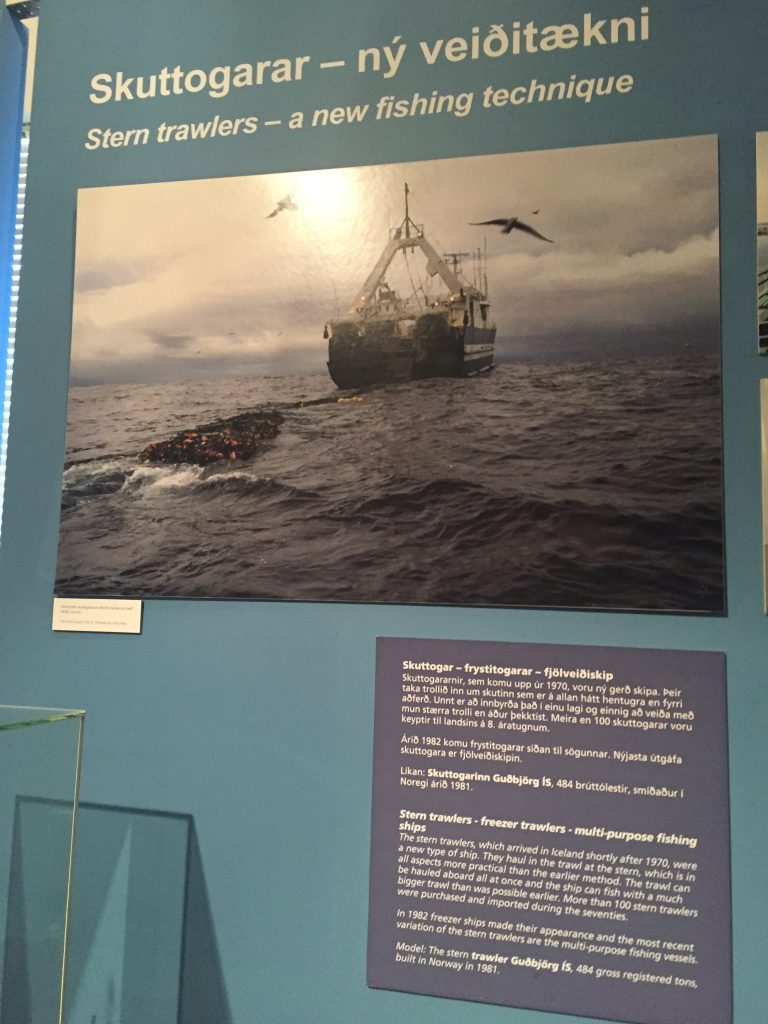 Steam changed everything.  Gone were the open boats and the hand lines. Once steam trawlers came into use, factory workers knotted sisal hemp nets to catch more fish. 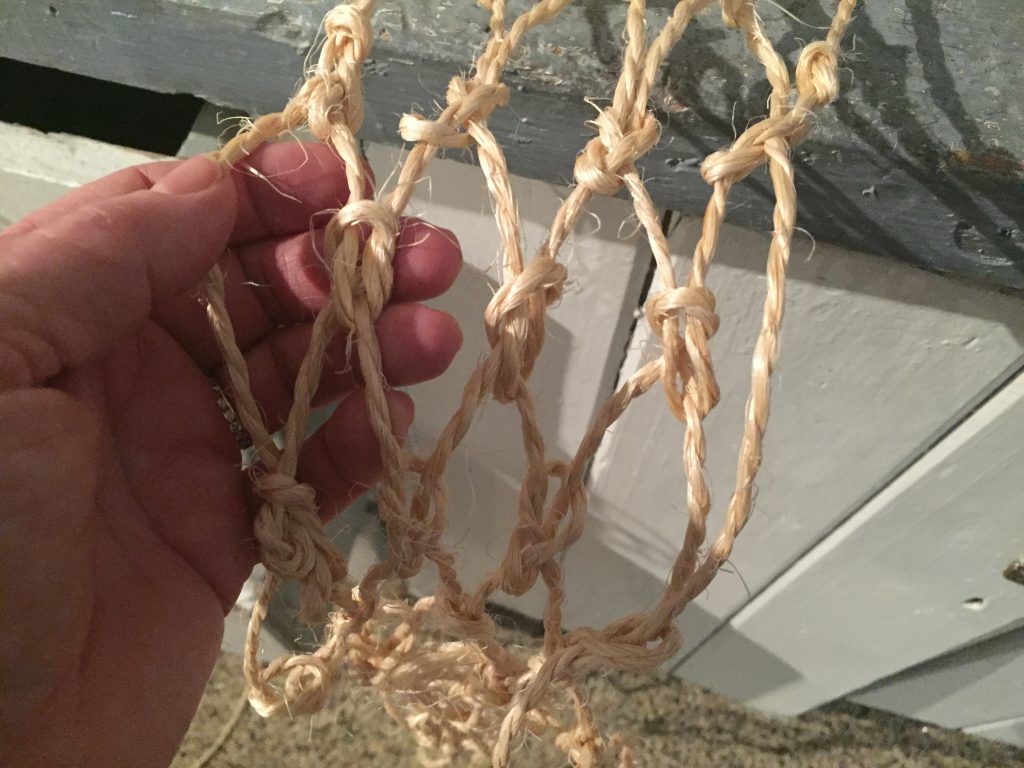 In the nineteenth century a fifth of Iceland’s population emigrated to North America. Today the population of Iceland is less than 350,000; less than five percent are employed in fishing. Tourism has become the leading industry.

Credits to the Reykjavik Maritime Museum and Margaret Willson. 2016. Seawomen of Iceland. University of Washington Press.

Women at Sea was a special exhibition at the museum in 2016. Why it isn’t a permanent feature is a mystery to me. In researching Icelandic seafaring women I came across Margaret Willson’s book, the Seawomen of Iceland, which I’ll review in a future blog. 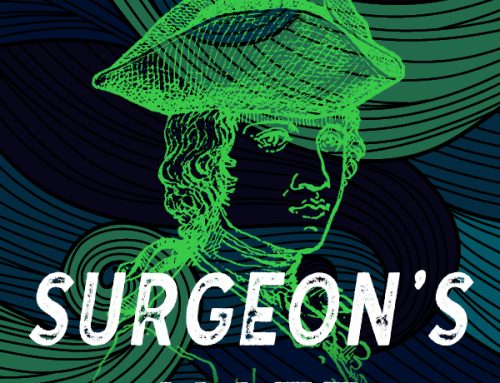 Beyond Bleeding and Blistering Gallery

Beyond Bleeding and Blistering