Kit Carson, RN, is a hard-working nurse in America’s New Wild West.  Kit Carson’s Knife & Gun Club is a pastiche of a dime novel unfolding in connected short stories of drama and trauma on the night shift.  I’m told that serialized novels fell out of favor decades ago —  but I think it’s high time we bring them back.

Henry James, Herman Melville, Harriet Beecher Stowe, Mark Twain, and other American literary renowneds published stories on the installment plan in magazines and periodicals — “pulp” fiction. The advantage, from my point of view, is that the stories are as fresh as morning coffee, not processed, edited, and aged to death. You can read or listen to an entire episode on your way to work or on your lunch break — with the promise of more to come.  Like life, serialized fiction is one episode after another, with the hope of more to come.

My serialized fiction started with Friday Night Knife & Gun Club, written as a biting social commentary after the Newtown school shootings. After Friday Night, I continued writing –I’m still writing — what feels like an absurd noir memoir set in a dystopian American West via a series of connected short stories caricaturizing our culture, our priorities, and our values. 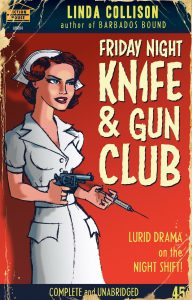 “Linda Collison’s Friday Night Knife and Gun Club is a wry commentary on the casual violence that seems so often to occupy the news. Her depiction of hospital night work is in the tradition of Paddy Chayefsky’s absurdist and scalding screenplay for the film The Hospital. Gun-toting nurses and doctors do their best to make it through a wild, snowy night shift in an under-staffed hospital in the American heartland. This is a well-written, funny book filled with sharply observed detail that entertains even as it touches deeper issues of disconnection and alienation in modern society. Highly recommended!”  — Tim Queeney

Friday Night, the first story in the series, is available as an e-book, a paperback, and as an audio performance narrated by Annika Connor. 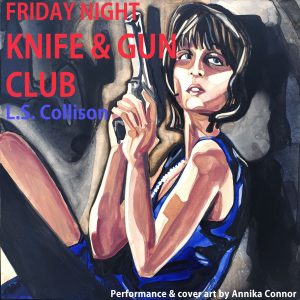 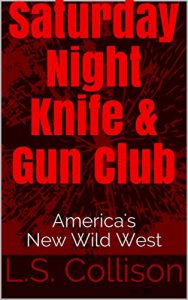 and the delightfully lurid cover… 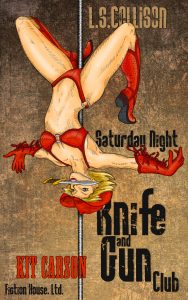 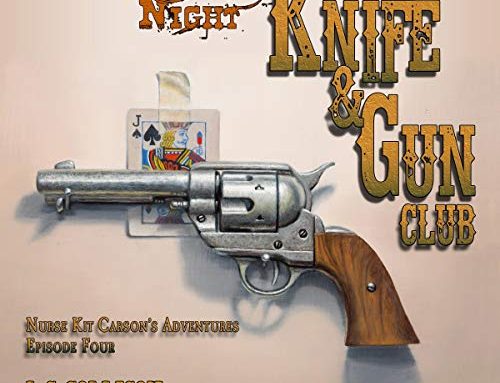