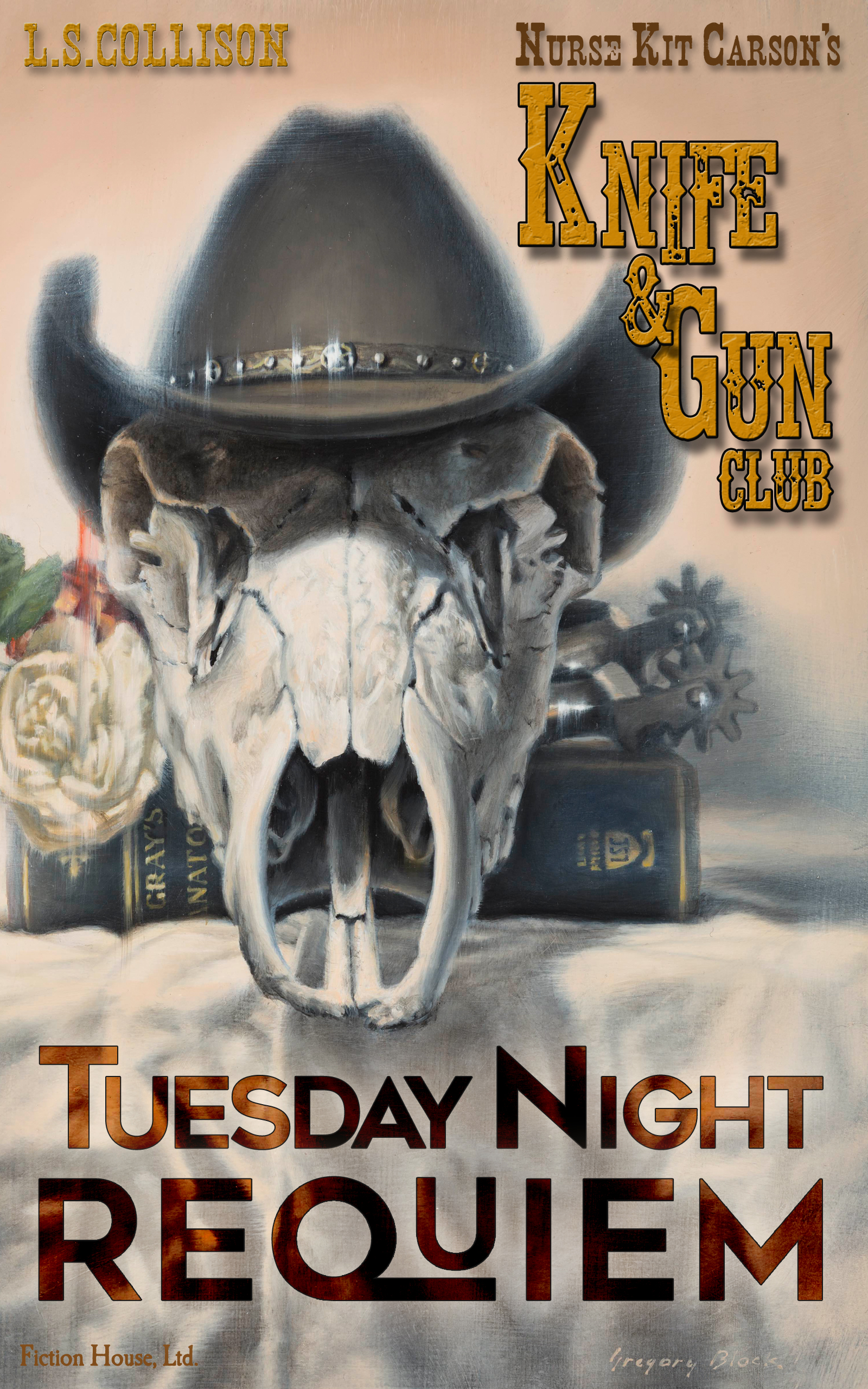 is the latest episode of healthcare mayhem expressed as a series of short fictions set in the New West town of High Plains. I began writing them in 2013 with Friday Night Knife & Gun Club, an homage to the Emergency Room at Denver General Hospital, as “Denver Health Medical Center” was known in the last century, and riffing off B.P. Reiter’s book, The Saturday Night Knife & Gun Club.

Each of the five stories, or “episodes” as I prefer to call them, were inspired by current events that received a lot of press and were indicative of untreated social and political illnesses. In this respect the collected works might be considered “hysterical realism,” yet the setting and the tone is not realistic but hyperbolic and absurd. In keeping with the American Wild West parody, the episodes themselves form a sort of rodeo of competitions, which is sometimes what Emergency nursing felt like to me, back when I worked the healthcare circuit. Healthcare circus.

In the midst of our current Covid-19 pandemic, healthcare workers are labeled “heroes,” but that’s as far as the Corporation goes. For-profit medical centers still staff for their bottom line and nurses serve at the stockholders’ pleasure. It all started in the last century, in the 1980s, as hospitals became medical centers and restructured as for profit entities. Insurance companies took the reins, directing health care and driving their own profits.

Enter Kit Carson, Tonto, Doc Halliday and the Vigilantes for Healthcare Justice to fight back.

Nurse Kit gets to be a healthcare hero. But she is a flawed hero and an unreliable narrator. Like most of us, she is busy making a living, staying alive, and looking for love to question her motives, her choices, her actions. Its easier to join a team, wear the colors, follow the game plan, conform to the image. Herd mentality rules. Good guys vs. bad guys, white hats/black hats, and everybody packing heat ’cause this is the Wild West, baby. Everybody waiting for the magic bullet that will obliterate viruses, cancer, depression, dementia, old age, and anything else that can kill us.

Tuesday Night Requiem. Read ’em and laugh, read ’em and weep. Appreciate the cover art, a vanitas, a memento mori, a still life composed of artifacts that have personal meaning for me. Which perhaps, makes this episode an exercise in ekphrasis. To see more of the artist’s work, visit Artist Gregory Block.